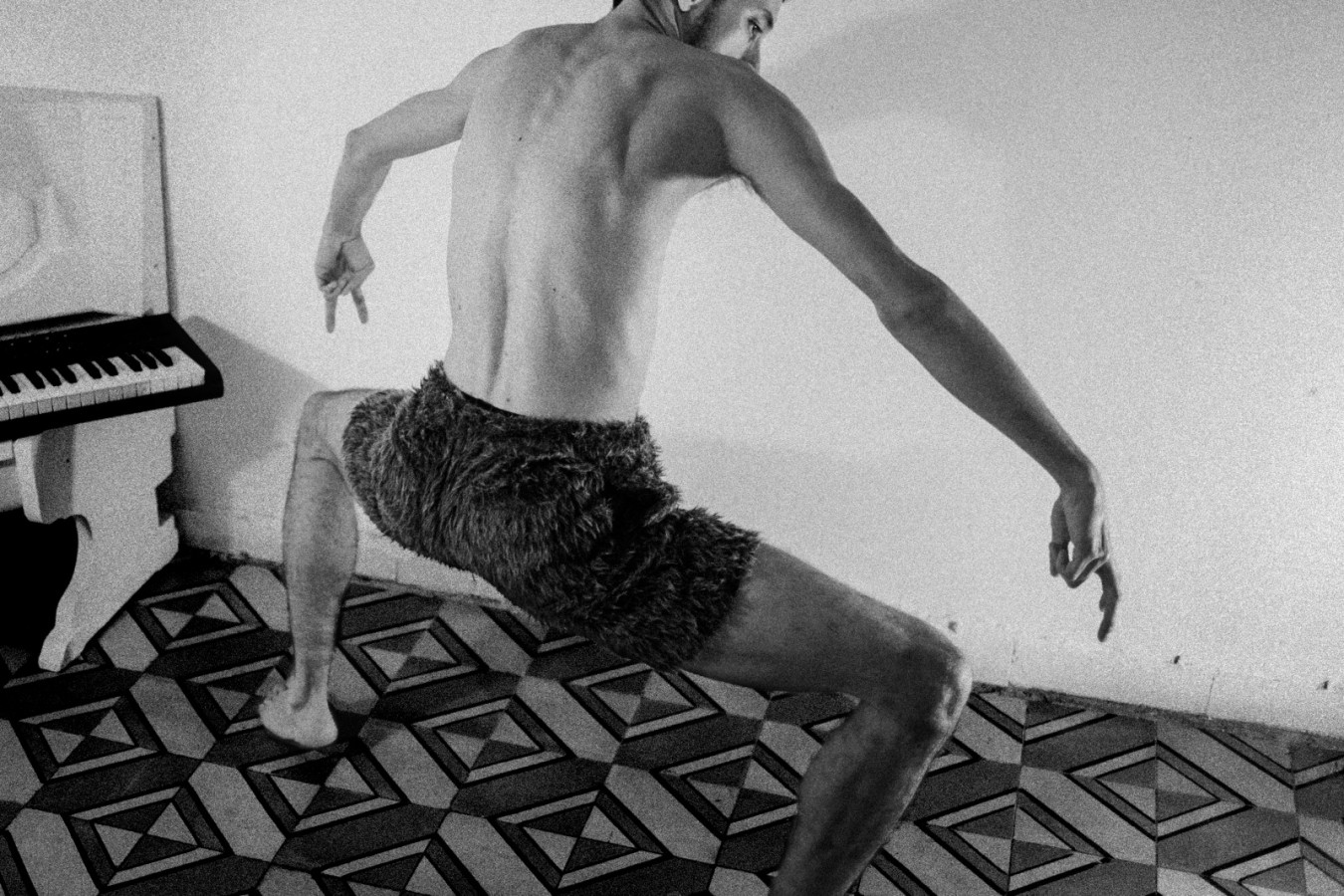 WHAT HAPPENED IN TORINO?

Andrea Costanzo Martini’s solo “What Happened in Torino?” was created in the early 2013 and premiered at the International Tanz Solo Festival in Stuttgart in March of that year where it was awarded first prize for both dance and choreography.

The work focuses on the relationship between the body of the performer and the act of being on stage, in a struggle between the search for presence and the feeling of being trapped.

Andrea in this work deals with the Gaze of the other, and on how it affects his way of being.

Being watched as a trigger for pleasure but also as a petrifying force that holds him on place, under the lights, against his will. Dramaturgically the piece evolves around a text inspired by Vanna Marchi, an iconic Italian TV saleswoman from the 90’s.

Andrea Costanzo was born in Italy and was trained as a ballet dancer till the age of 21 when he started to work in Germany at the Aalto Theater Essen.
In 2006 he Joined the Batsheva Dance Company and in 2010 the Cullberg ballet in Sweden. He eventually returned to Israel where he resumed his activity of Gaga instructor together with working for the Inbal Pinto and Avshalom Pollak Dance company and choreographing. Ever since his debut as a solo artist he created few works performed across Europe and in Israel (Tropical-2014, VoglioVoglia-2015, Trop-2014, Cordelia-2015).